GO SOLAR: A PETITION BY THE BUSINESS COMMUNITY

Austria is currently using a meagre two percent of its solar power potential. GLOBAL 2000, WWF Austria and 254 Austrian companies have joined together to petition the government to create a suitable framework for expanding usage of solar energy. BG-Graspointner is supporting the campaign. 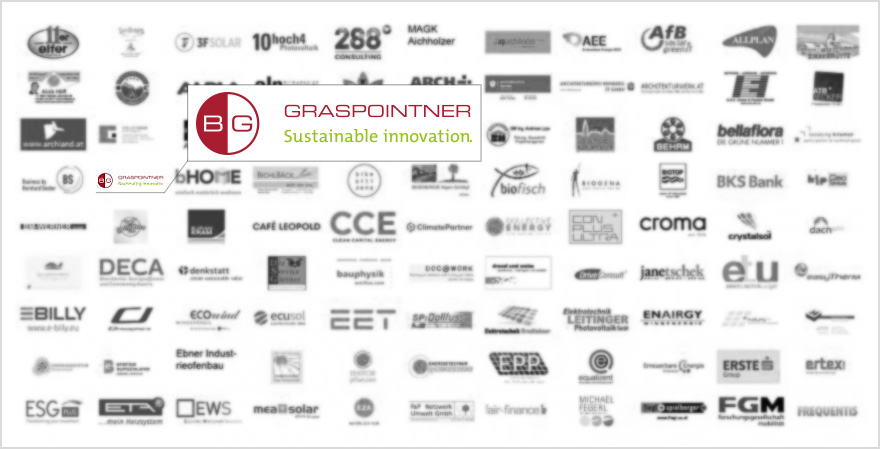 People are realizing the urgency

In 2017, BG-Graspointner was already party to a climate petition by the Austrian business sector, when the country was in the process of forming a new government coalition. In the run up to the elections, the issue of climate protection was scarcely addressed. Today such a situation is inconceivable. Decades of ecological activism has shown us that perseverance is key.

The specific demands in 2019


Why focus on solar right now?

In our last petition we demanded 100 percent renewable energy usage by the year 2030. Widespread reliance on solar energy would make this goal attainable.

While current policy is more symbolic than substantive in nature, Wahlmüller believes that a coherent plan is crucial. He notes that it is relatively easy for companies to switch over to solar energy, because it only requires a photovoltaic system.

Too many barriers for solar

Policy makers have not yet allowed for necessary incentive, like an elimination of the self-consumption tax, for example. While there is an exemption for up to 25,000 kilowatt hours, this threshold is quickly exceeded and a charge of 1.5 cents per kilowatt hour would apply. Wahlmüller believes that bureaucratic rules are too limiting, and those interested in increasing the size of their system may risk losing subsidies.

Exciting possibilities in a serious situation

GLOBAL 2000 and WWF Austria presented their petition to all parties ahead of the new elections held in late September to ensure that the issue remained on the table. The solar petition was signed by 254 companies, but there is still resistance. We remain committed to pushing forward on this issue, because the energy transition—a key element in climate policy—cannot be achieved without government involvement and incentive.

There is a lot of talk. We take action. The planned solar array for the roof of our plant is now in operation, generating solar energy for production. More details will be posted soon.

(0 votes)
Cookies make it easier for us to provide you with our services. With the usage of our services you permit us to use cookies.
More information